Sometimes, efficiency isn’t about shifting priorities or working on things in a different order. Sometimes, your workload is simply too much for one sane person to bear, and you need a little help to get everything done on time. Some professionals wear a heavy workload as a kind of badge of honor, considering it a point of pride or evidence of job security, but that isn’t a valuable long-term strategy to deal with the increased load. Over time, the additional stress and hours of work will take a toll on your health, both professionally and physically. If you’re overloaded with work, you won’t be able to do your work as effectively, and if you’re constantly stressed, you’re more likely to become sick or develop chronic ailments. Instead, use the strength of your department’s own resources–such as partners, subordinates, or interns–to evenly distribute the workflow and get the best results for your company. If you’re overwhelmed with work, preserve your department’s efficiency with these seven delegation strategies:

Not everything can be delegated. You have earned your position in the company because you have the skills and the experience to execute the work successfully. If everybody in the company had those skills, your position wouldn’t be unique. As a result, there will be some tasks and projects that you’ll have to tackle on your own, but there should also be a set of tasks on your plate that someone else can handle. Part of being an effective delegator is being able to determine which types of tasks are suitable for delegation, and which types are not. It may be difficult for you at first, especially if it feels like none of your tasks can be delegated, but eventually you’ll find a rhythm. If you feel like nothing can be delegated, try breaking down your tasks into what skills they require–take a look at the tasks that require the fewest skills, and consider training someone else to handle them.

2. Establish a clear set of objectives for each task.

No matter what type of task you’re delegating, make sure to take the time to clarify all objectives for the task. Doing so can proactively protect against the possibility of miscommunication or a failed execution of the task. In some cases, this will be extremely simple (such as “enter this set of data into this spreadsheet”), but in other cases, you’ll have several simultaneous goals. Depending on the size of the task you’re delegating and the type of person you’re delegating to, it could be helpful to have a face-to-face meeting to go over expectations and any questions your coworker might have. No matter what, it’s also a good idea to send a follow-up email, so all your expectations and task objectives are reference-able and in writing.

3. Play to your coworker’s strengths.

Even within your department, your coworkers all have unique skillsets, unique preferences, and unique talents. Making good use of those unique working personalities will result in more overall efficiency. For example, let’s imagine you have two tasks you want to delegate–one requires making phone calls to a client and one requires writing up a proposal. You also have two interns who could potentially handle the work–one has great people skills and the other is a fantastic writer. It’s clear which task should go to which intern because this is a cut-and-dry example. Most of your tasks won’t align themselves as conveniently, but the principle is still the same. If you aren’t sure who to delegate the task to, present the task to a group of your coworkers, and openly ask who might be the best to handle it.

Timelines keep people focused, and hold all members of the group accountable. This is especially useful for tasks that don’t have a strict deadline, or complicated tasks that will encounter several milestones before being completed. Work together with your coworker to establish a mutually agreed-upon timeline, from the beginning of the task’s delegation to its final execution. Like with the task objectives, it’s a good idea to send out an email recap that reiterates each phase of the timeline. Doing so ensures that each member of the project has access to the same agreed-upon information, and no dates can get lost in translation. Be sure to select dates that are reasonable enough that they can be achieved, but aggressive enough that they inspire your workers to keep the task top-of-mind.

5. Use follow-up tasks to keep your workers on point.

First, let me say that micromanagement is not advisable. Delegating a task, only to nitpick every detail and every choice your coworker makes while executing that task, will only frustrate your coworker and make you busier than you would have been had you just tackled the task yourself. That being said, there’s a difference between micromanaging and simply following up. Following up occasionally, especially for long-term tasks, gives you insight into progress, and gives your employee the opportunity to bring up any questions or obstacles that have arisen in the process. Set reminders for yourself to follow up occasionally and ensure the task’s timely, effective completion.

When working with a large group of people, it’s important to set the tone for your position in the relationship. When working with employees or interns, it’s important to set a tone of authority, and that you expect them to work as instructed. It’s also important to set a tone of respect, so they understand they are being relied on and appreciated. Authority and respect are also important when dealing with your peers in a delegation scenario. You must present yourself as a respectable authority in the workplace, and not someone just trying to pass off work, and you must also let your coworkers know that you respect and appreciate their willingness to help.

7. Use a feedback loop to make future delegation easier.

Successful delegation is partially a result of successful relationship management, and relationships take the commitment of multiple people. After delegating your tasks, follow up with your coworkers to learn from the situation. Ask them if they were comfortable executing the task, and if you’ve given them all the information they needed. Ask how effective you were in setting expectations, and if your timelines were reasonable. Once you have this information, you should have a better idea about how you performed as a delegator, and you can use this information to make delegation easier and more effective in the future. This is particularly useful for learning the strengths and preferences of your coworkers over time. Some professionals fear delegation because it means relying on an outside party to execute quality work, but if you surround yourself with reliable workers, you’ll never have to worry about things being done right.

Delegating effectively is an important skill to develop, especially as you move up the corporate ladder, so the sooner you start putting it into practice, the better. 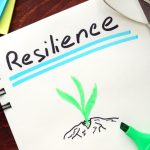